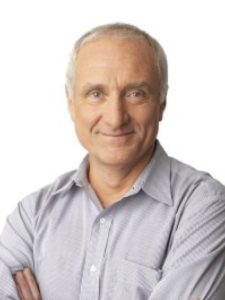 Although he graduated with a Bachelor of Science (Honours) in England, Robyn admits to spending as much time acting as studying. Early in his career he made guest appearances in The Goodies, Monty Python’s Flying Circus and Doctor Who, and stood in for Tom Jones for four months in his TV series.

He has conducted countless interviews with scientists on ABC TV on programs such as Quantum and Catalyst, narrated the Nature of Australia series and appeared in World Safari with David Attenborough.

A Reuters fellowship at Oxford University allowed him time to write his autobiography, And Now for Something Completely Different. He was a visiting fellow at Balliol College Oxford in 1995-96.

Robyn has written more than 10 books, the latest being a novel, In Love With Betty The Crow: the first 40 years of RN’s The Science Show.