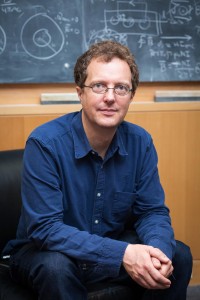 George Musser is a science writer and editor focusing on space science and fundamental physics. He is a contributing editor at Scientific American magazine, a Knight Science Journalism Fellow at MIT for 2014–2015, and the author of Spooky Action at a Distance (2015) and The Complete Idiot’s Guide to String Theory (2008). He has won numerous awards for his writing, including the 2011 Science Writing Award from the American Institute of Physics and 2010 Jonathan Eberhart Planetary Sciences Journalism Award from the American Astronomical Society. Musser was the editor of the Scientific American single-topic issue “Crossroads for Planet Earth” (Sept. 2005), which was a National Magazine Award finalist.